Restaurants that really welcome children? Few & far between. I am always on the hunt for fun, relaxed & reasonable restaurants to take the kiddies where we won’t be looked upon like we have taken a bunch of leprechaun’s into the restaurant. So when newly opened Bubba Gump Shrimp Co asked us to come and visit them, we were delighted to.

After arriving in the West End slightly early, we killed some time Lillywhites for old times sake (which I might add is still pretty cheap despite being in the centre of tourist mecca).  After that brief interlude of looking at junior cricket bats (I am outnumbered) we headed to the restaurant, where we found the neon lights of Bubba’s pretty easily. 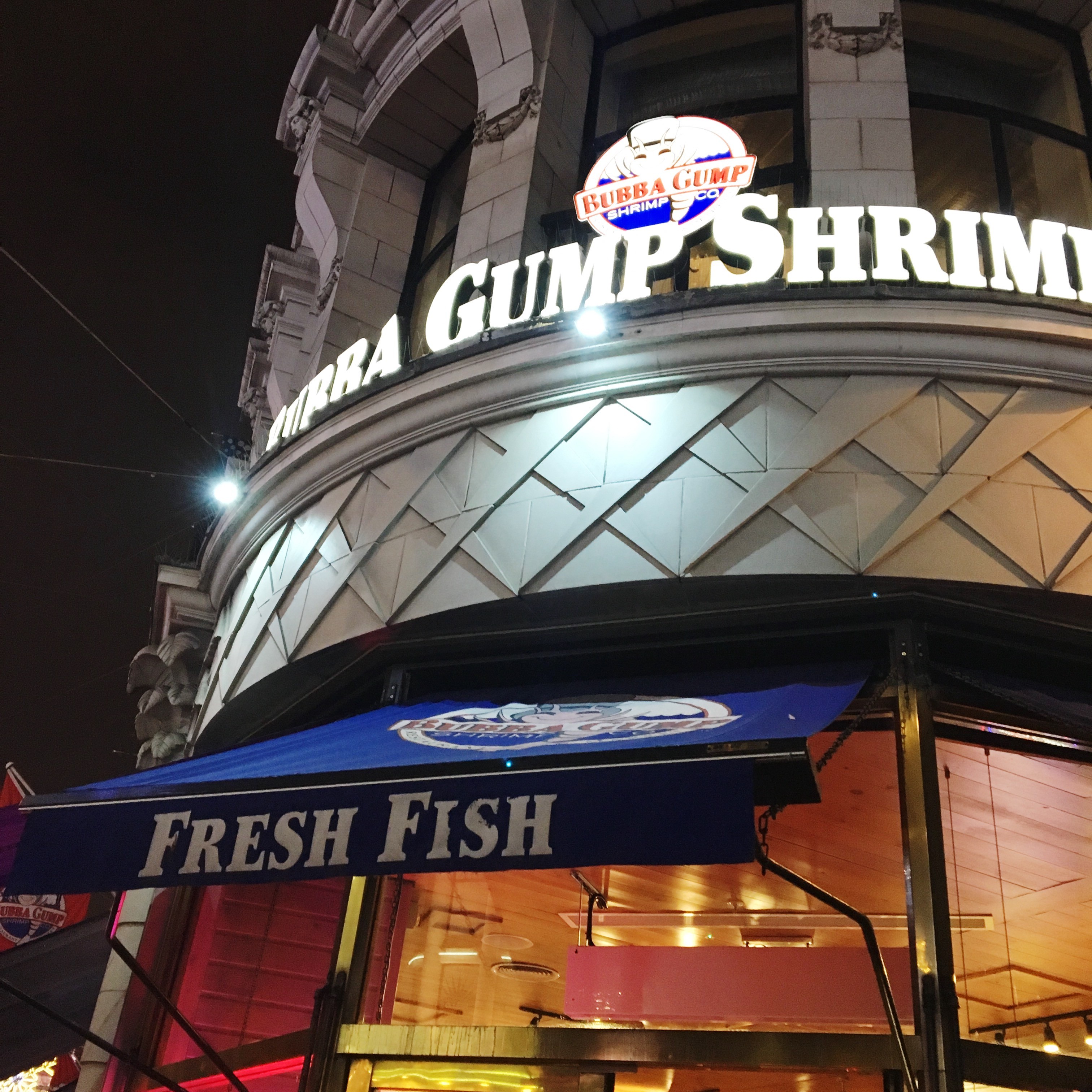 It is a stone’s throw from Piccadilly tube, based in the classic Trocadero. Be warned there is a shop at the entrance though.  We say in advance ‘Just so you know, this is a treat in itself. We are not buying anything extra,’  which now seems to do the trick if they know ahead of time.

The restaurant is a tribute to the film ‘Forrest Gump’ and features a menu of comfort food from the American South that reflects the film’s setting in Alabama. Shrimp is of course the specialty but there’s something to delight everyone on the menu.

After an excitable wait downstairs, we were led upstairs past all the original memorabilia. 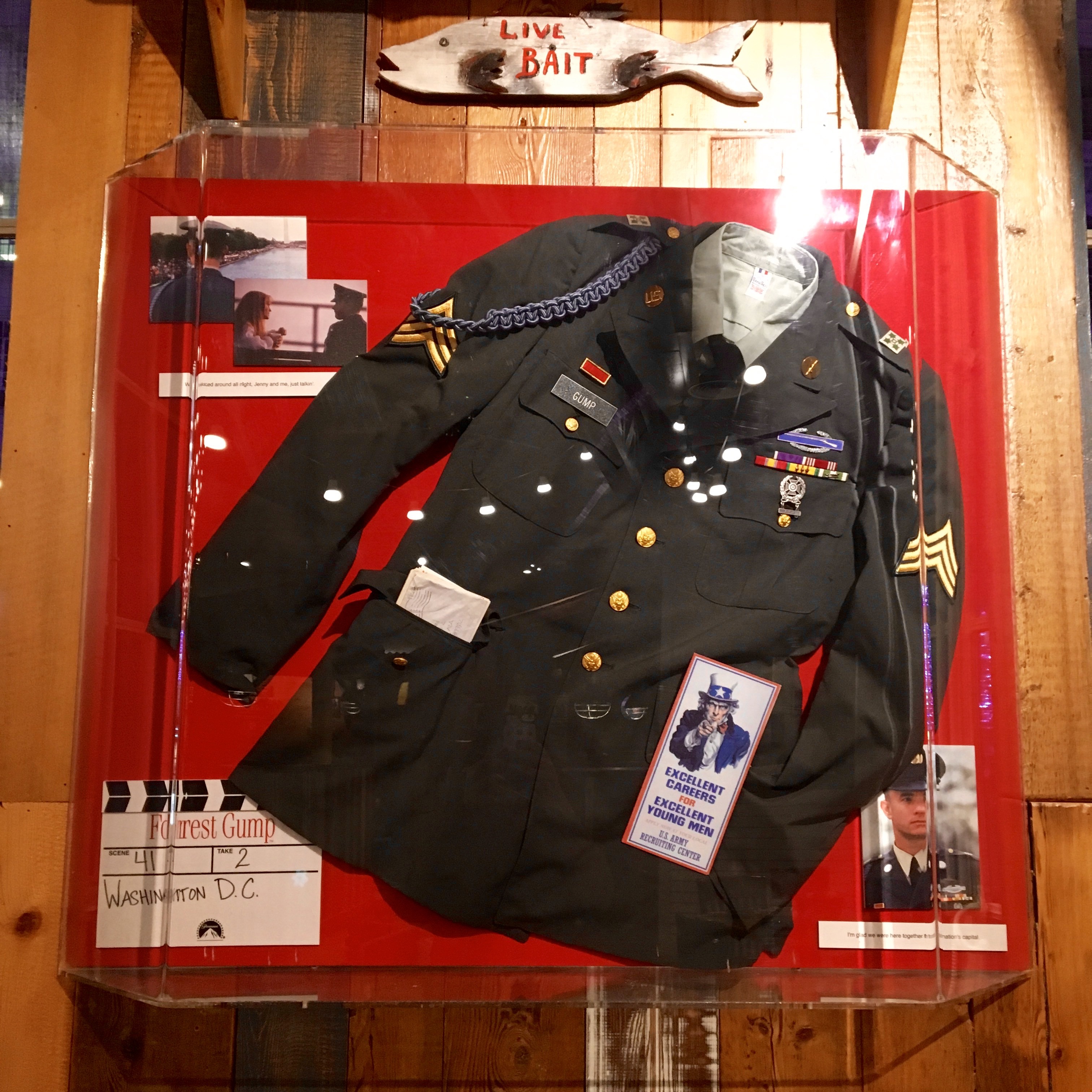 I especially liked all the words of wisdoms that were sporadically placed over the walls in amongst costume’s and prop displays. 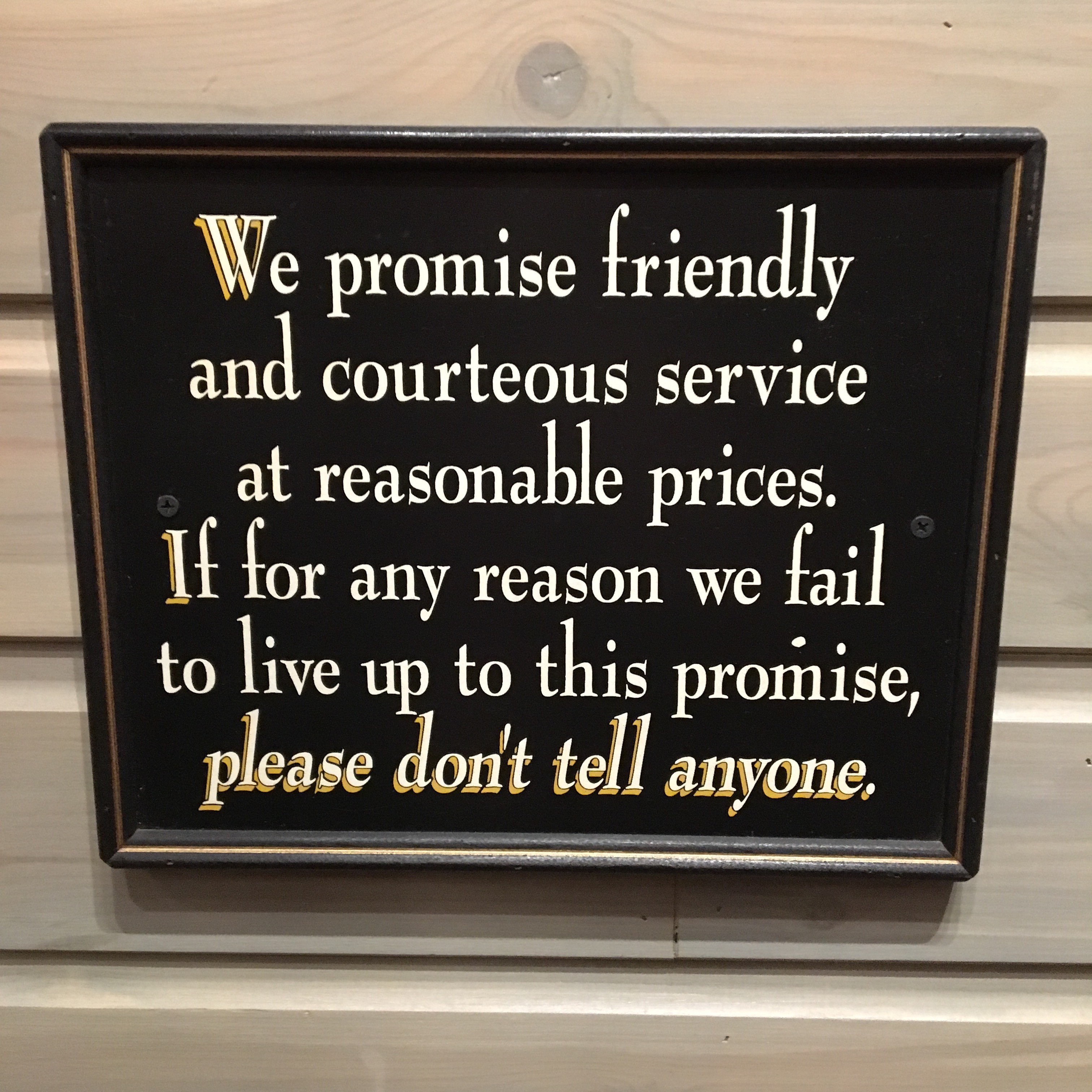 We were given a booth opposite the a large TV that aired rolling repeats of all the Tom Hanks movies he had been in. 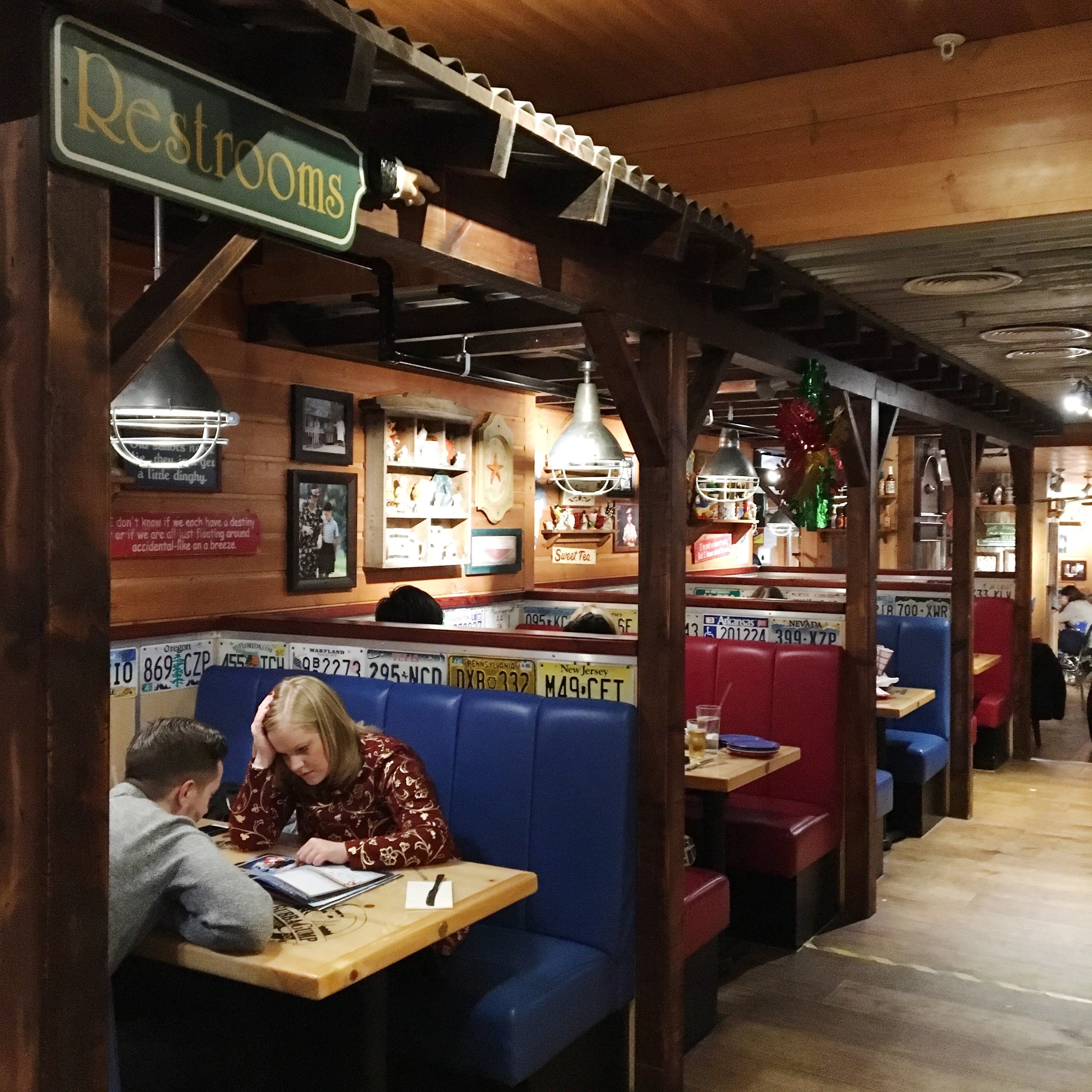 We had Forrest Gump which was fun. 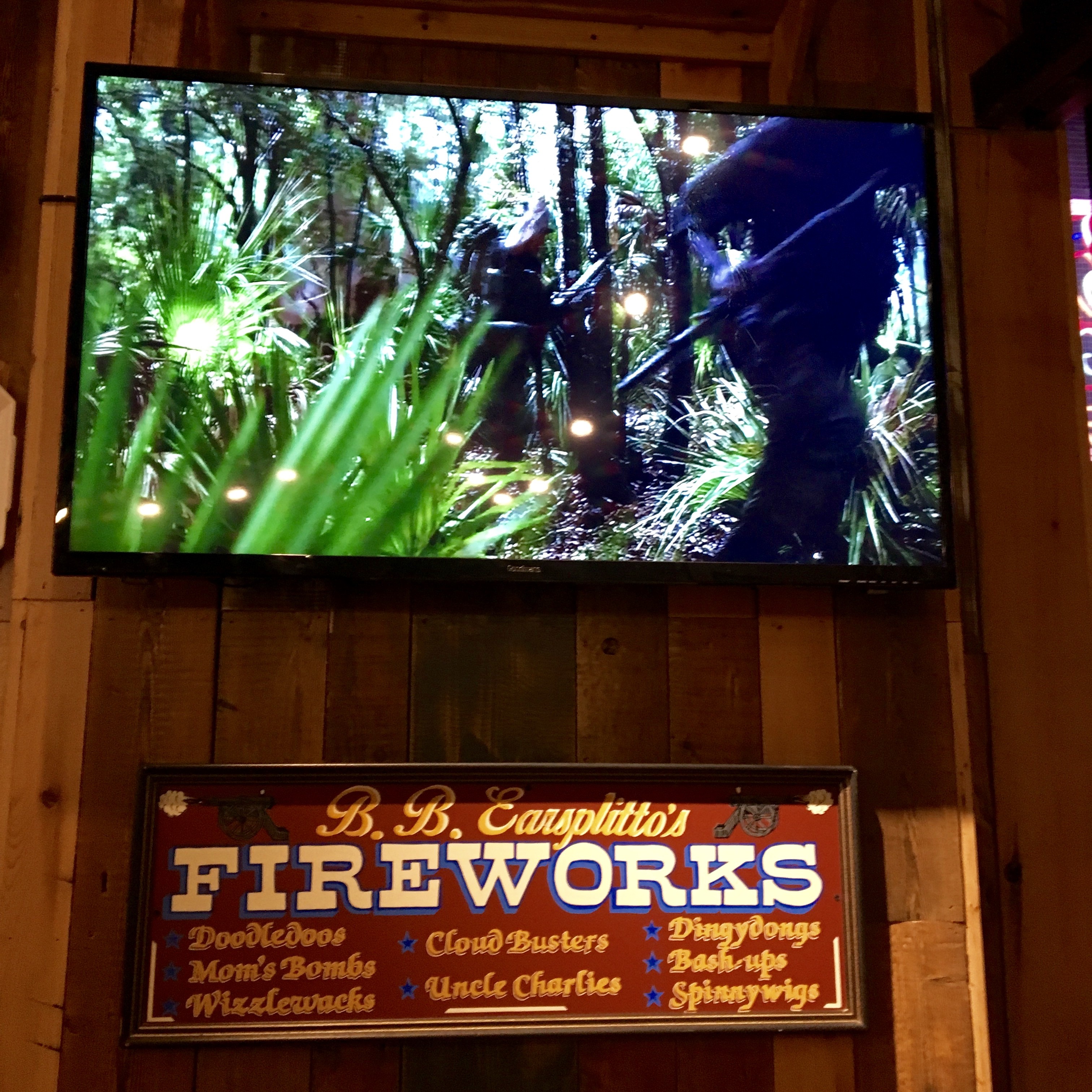 First things first, we ordered drinks. Not usually one for cocktails – I entered the spirit of things and went for their Alabama Southern Punch. That definitely chilled me out! 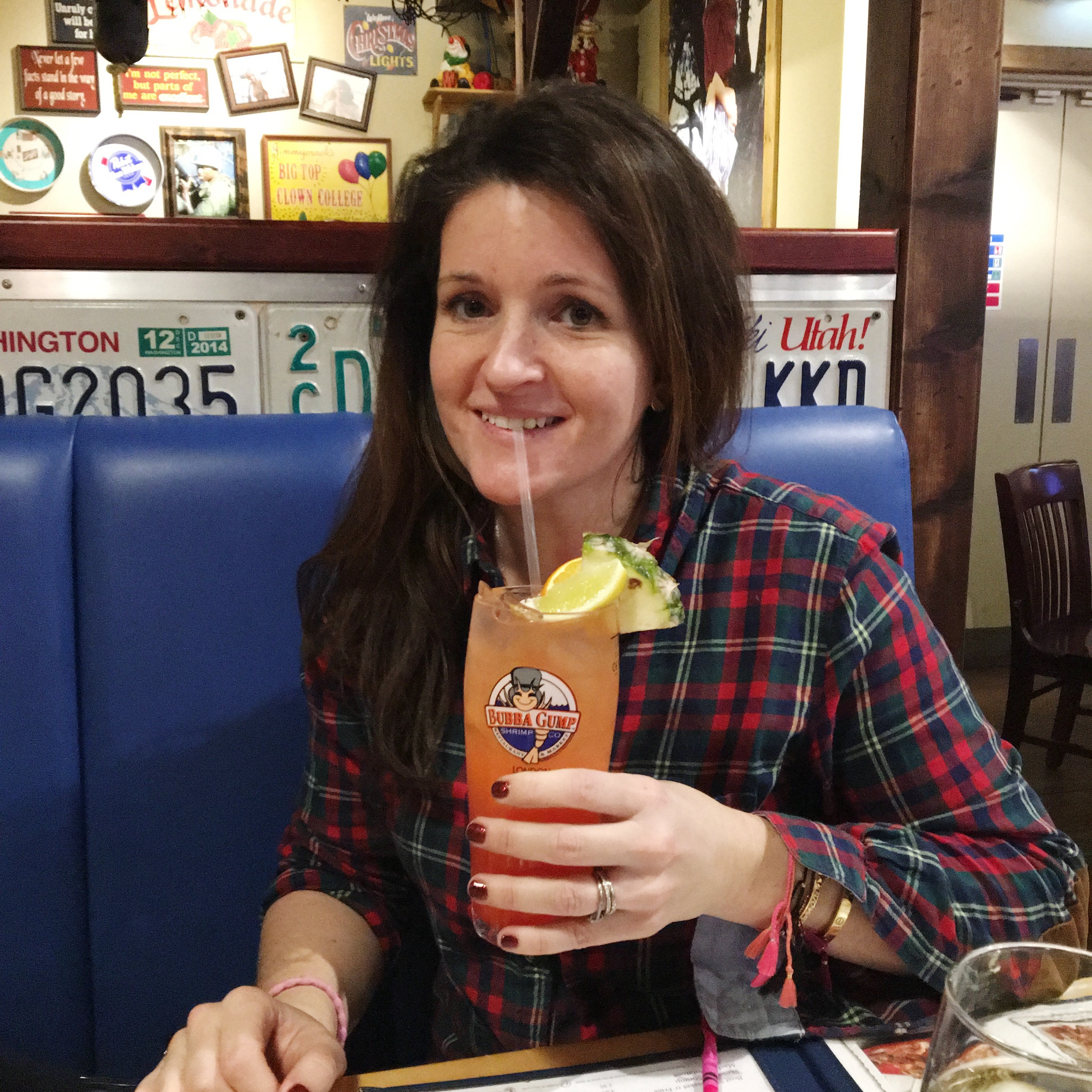 We ordered their signature dishes such as ‘After The Storm – Bucket of Boat Trash’ and ‘Dumb Luck Coconut Shrimp’ which were vast and delicious.

The kids had the ‘Bus Bench Burger & Hubba Bubba Popcorn Shrimp which kept them quiet for a considerable amount of time.

For pudding, I ordered Chocolate Chip Cookie Sunday. It was basically the size of my face and I thought there is no way I will be able to eat it all… Will leave it your imagine whether I did or not! ha 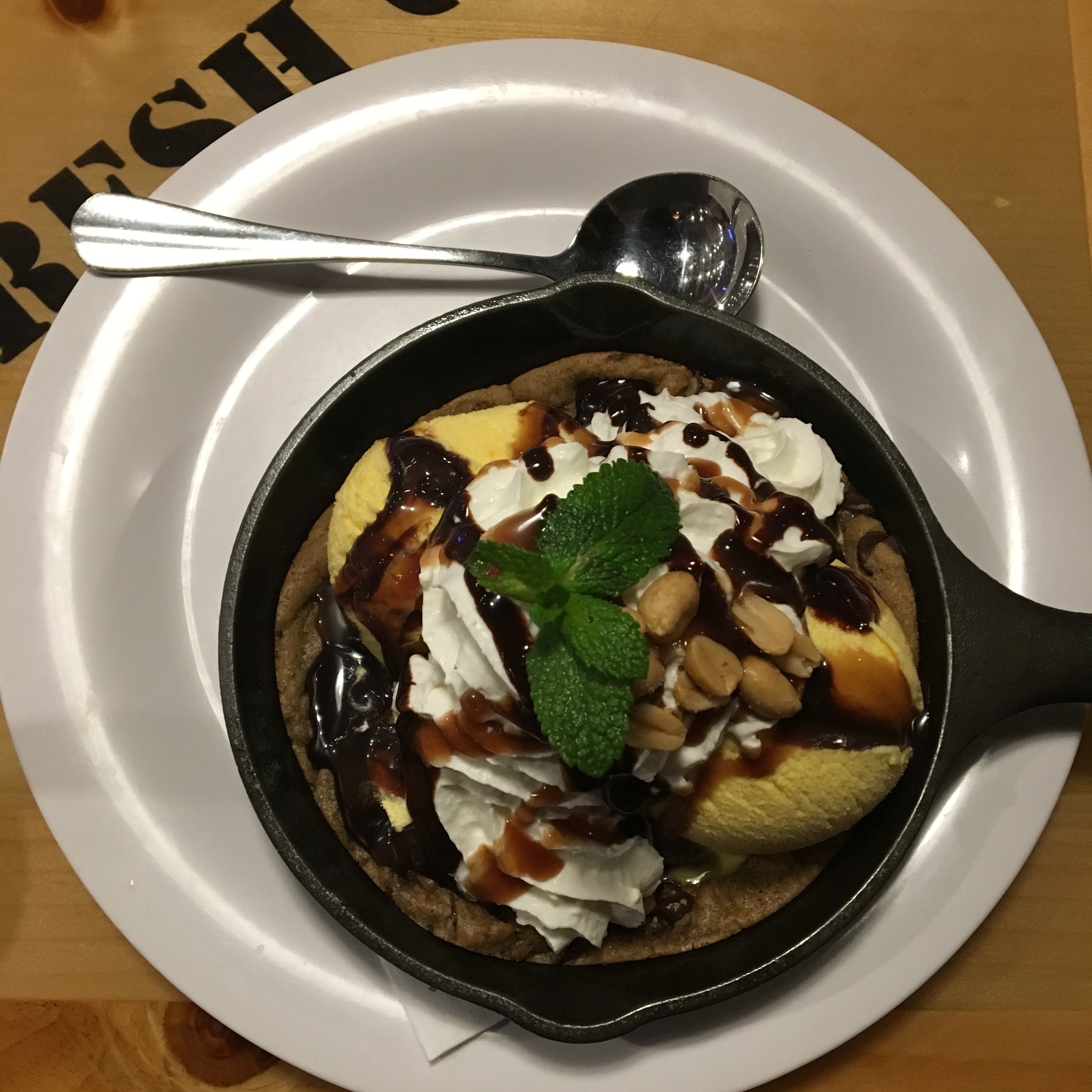 The children’s pudding was pretty unbeatable. Move over Build a Bear, this was ‘Build Your Own Sundae!’  A trio of toppings and a mountain of ice cream. 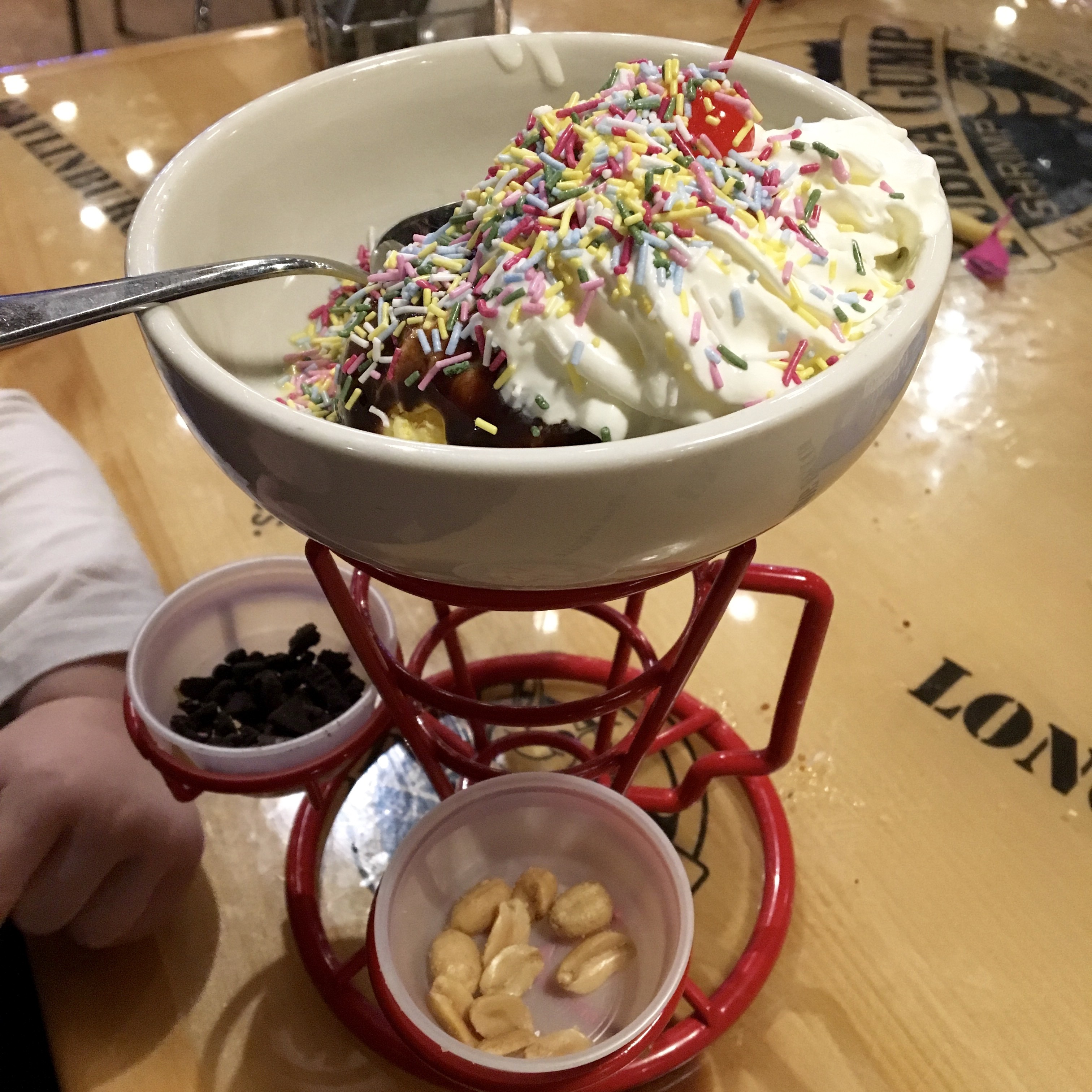 We had a great time and will definitely head back for a special occasion. If you are looking for a fun place to take the family one weekend, I highly recommend Bubba’s.

Not only is it an education in deep South American history (!) it is relaxed – you want have to be shhhhing them every 5 seconds! (or is that just me!), easy to get to and pretty reasonable.

Make sure you book though as it is very popular!