A Night at The Dorsett, Shepherds Bush

Having toyed with idea of a whistle-stop trip to the Westfield this morning or to head home after our getaway last night, I have chosen the latter. Not only will I save £££ (as there is always something that catches your eye there!) but I wanted to get this post out as soon as possible whilst it is still fresh in my mind! 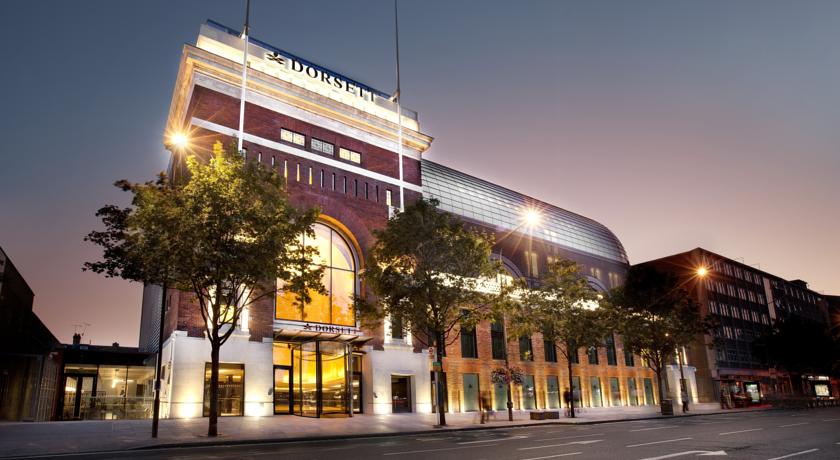 An easy 10 minute bus journey from my house yesterday afternoon took me straight to the  Dorsett, opposite Shepherds Bush Green. By the discreet entrance you would never guess it is an 8-storey hotel with over 300 rooms, 2 restaurants, a bar a gym, a spa and plenty of conference rooms! 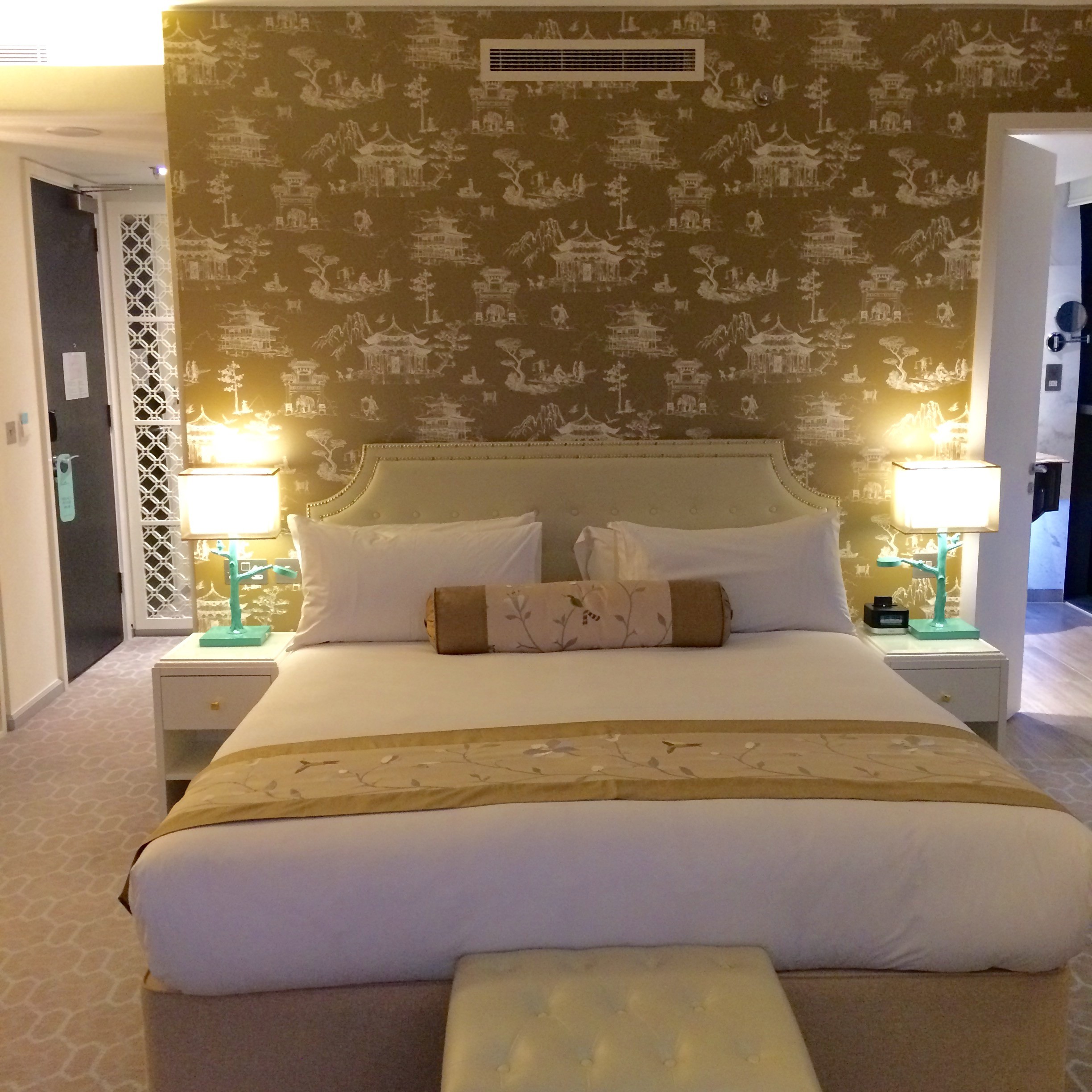 I was swiftly shown to my room on the 6th floor. Actually, correction, it was one of their suites. It was quite breathtaking (not to be gushy, but it was really impressive).  Decorated to a high spec with an Asian influence, its piece de resistance were the panoramic views over Chez Bush.

There was no confusion over which light switches turned on which lights at this hotel. The tech had clearly been thought out carefully.  I managed to set the AC on my first attempt and also worked out how to turn the TV on straight away. Ah you might laugh, but I am sure some of you will empathise that occasionally you need a phd to work it out! There was also an iPhone docking station and an iPad for your own use too! 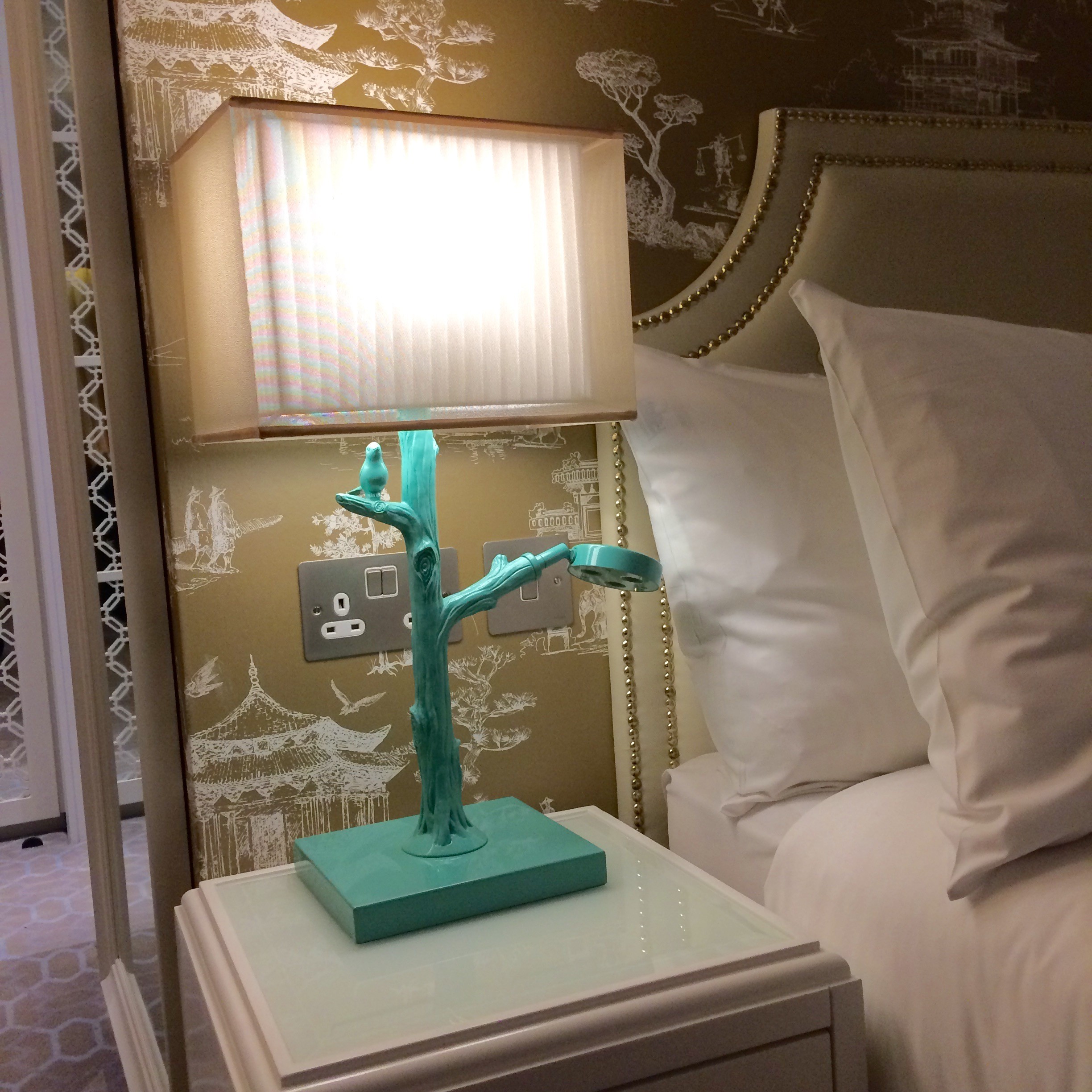 It really felt like we were in another country – even the fruit the was cut with an oriental twist. I was half expecting my towel to be shaped as swan in a sea of rose petals! 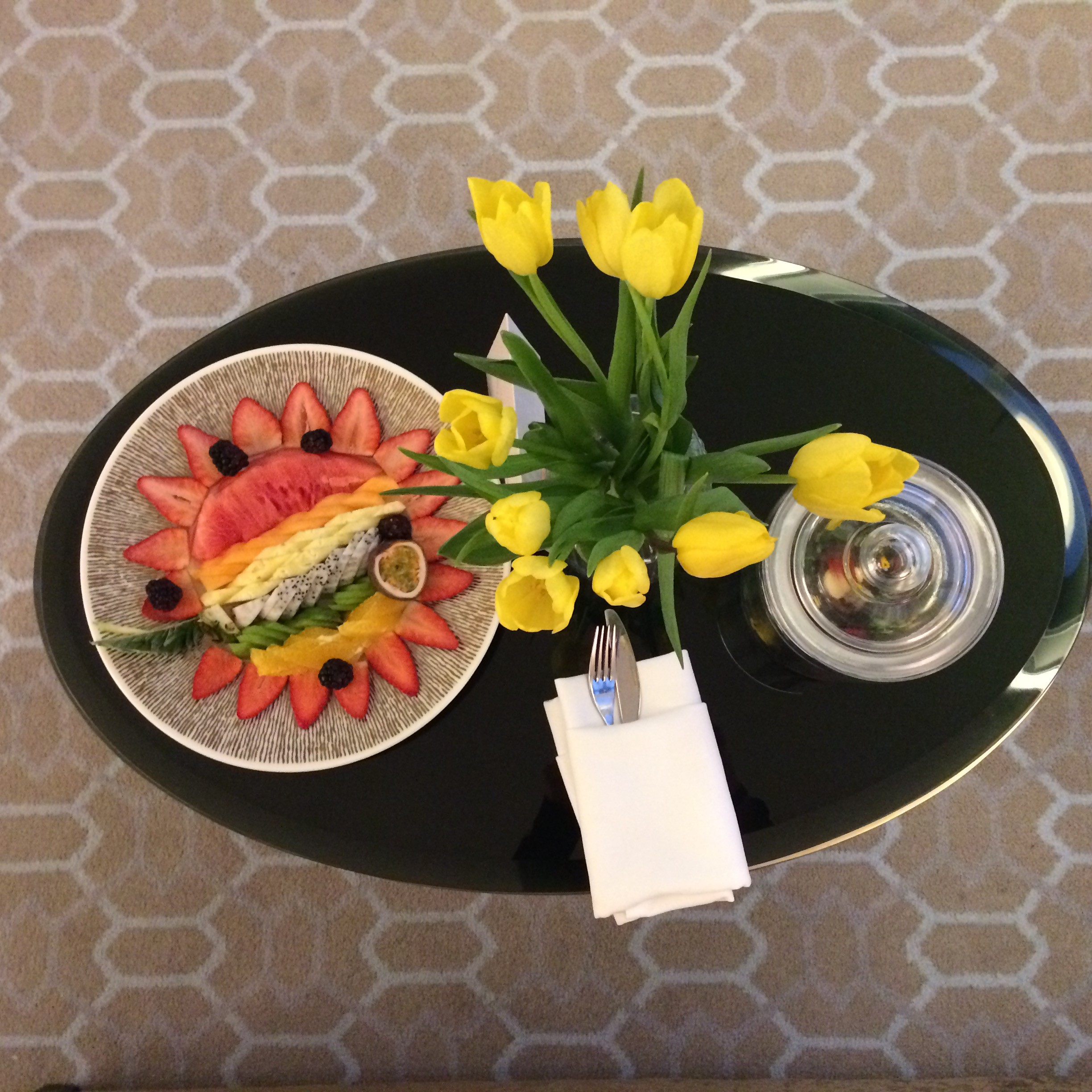 After settling in and using every gadget possible, ee headed downstairs to the golden atrium and Jin Bar to meet Lucy Choi and admire her heavenly footwear collection Lucy Choi London.

Lucy (on the right) is as lovely as her shoes. She is so down earth and as a mother to two little boys she knows the importance of comfortable yet stylish shoes. 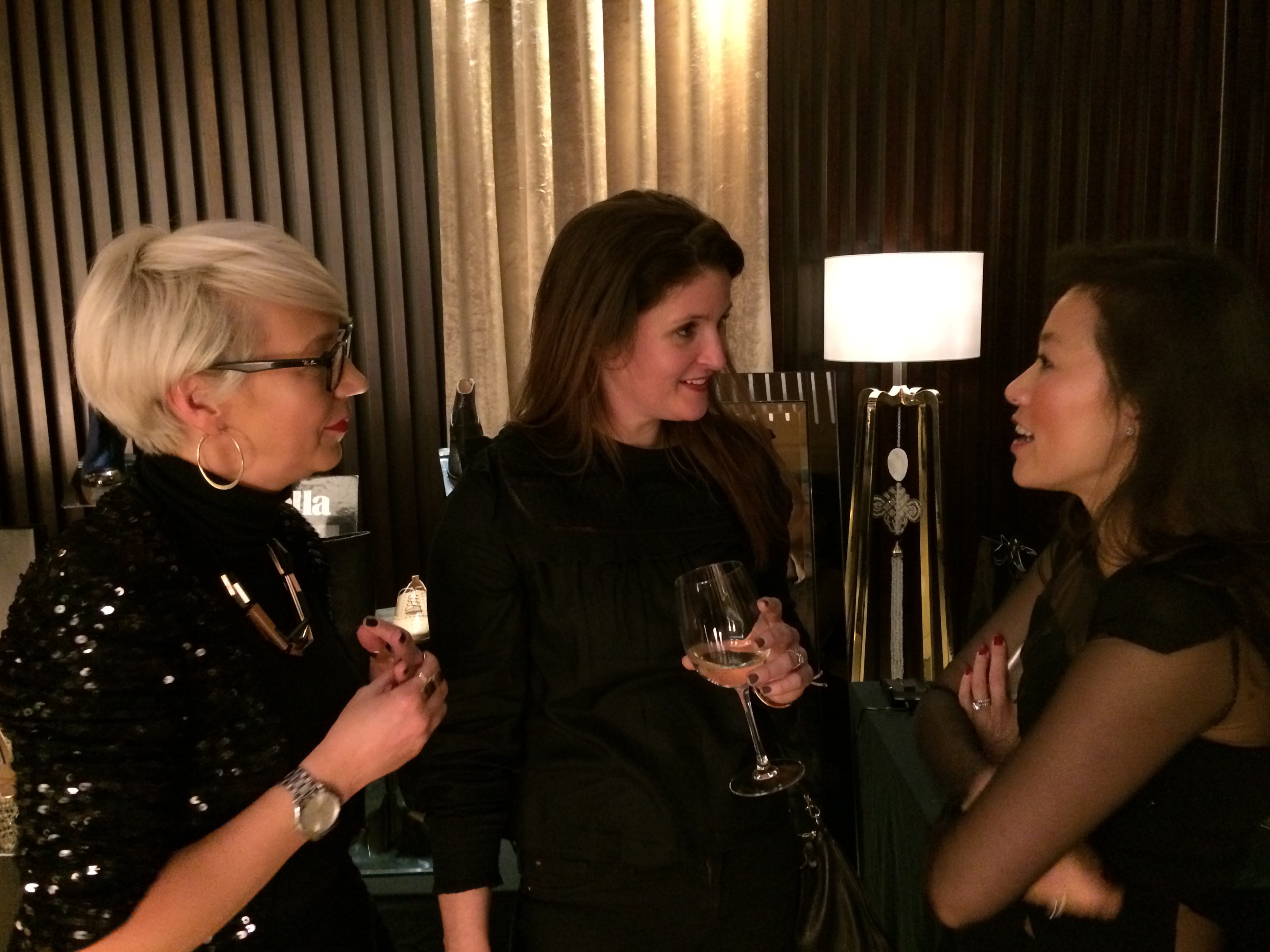 I had my eye on these beauties. They were super comfy and I justified the contemplation that they could be worn with bare legs and black tights…  alas they were a tiny bit too big. 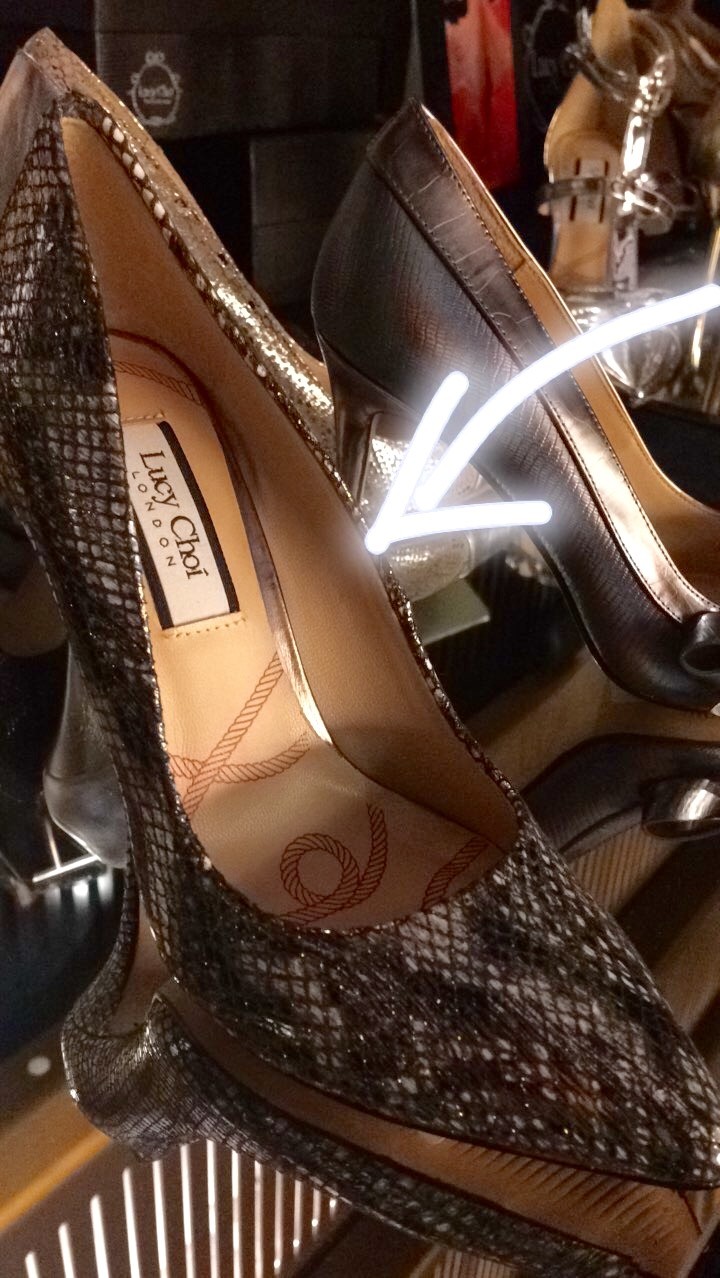 Lucy will be at the Dorsett on Friday 12-6pm so do pop by and have a look at her collection and say hi!

After a few ‘Lucy Choi cocktails’, we headed to Pictures, the in-house Mediterranean restaurant that has recently  acquired a new chef.

We both had the Norwegian Crab & Prawn Cocktail (as we are so stuck in the 80’s). It had a brilliant kick and we found out it was due to a little brandy in the marie rose sauce. Yum!

We then had Ox Tail (him) and Salmon Fillets (moi) which were equally good.  The only slight disappointment was the pudding – we thought we had ordered a full on chocolate bomb but it was actually filled with mint ice cream… #firstworldproblem

The other restaurant Shikumen is Asian inspired that gives the feeling of ‘dining out’ when you are actually in the hotel.  It has a separate entrance. Apparently the Beijing Peking Duck carved at your table served with handmade pancakes is unbeatable!

This is a very slick hotel in the heart of West London with excellent transport links into the city and the West End and a stone’s throw from the more village feel of Notting Hill & Westbourne Grove. Due to its enormity and relaxed feel, it would be a convenient & easy hotel to stay with the kids too. They would also love the breakfast! 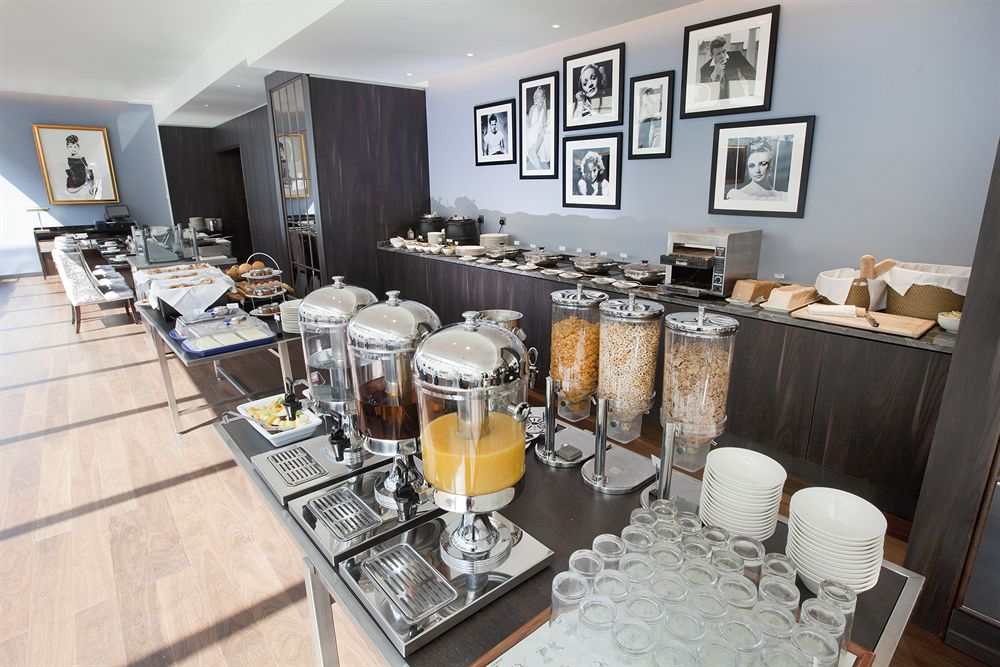 Dorsett have a Kidzania package which would be such a treat to do in the holidays.  You could go shopping whilst they ‘play adults’ and then you can use the best service ever – your bags get dropped to your room! How about that.

Thank you for reading and have a lovely day xx